Projects around Jeff and Reneés house

When Jeff and Reneé moved into their new house, their living room was missing something. On either side of the fireplace, there were two areas that should have had shelves in them from the beginning. Each space was 4' wide and 2' deep, perfect for bookcases. Once a design was settled upon, I constructed these two bookcases. There is a large cabinet at the bottom and then 5 vertical feet of shelf space. 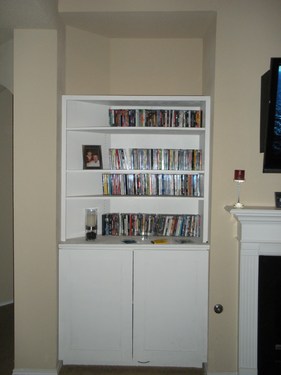 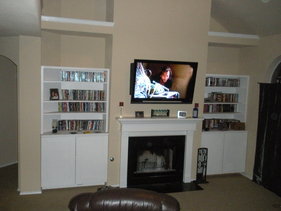 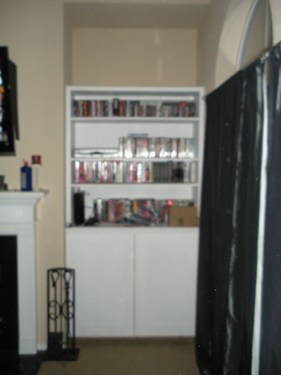 LCD TV mount above the fireplace

The way the living room is set up in the house, the only reasonable place for the TV to go is mounted above the fireplace. Jeff ordered a mount from Monoprice and the necessary cables (It really is the best place to get that stuff). After taking a few measurements and finding studs in the wall, the TV was mounted, and the cables were routed to a small hole in the side of the right bookcase for the TV equipment. Since the side of the TV is one of the first things you see when walking into Jeff's house, I whipped up a quick little cover that matches the angle that the TV sits at. Once painted black, it hides the mount and gives the whole setup a professional look. 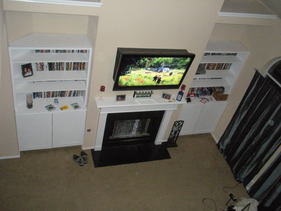 LCD TV mount in the gameroom

With the larger TV hanging up downstairs in the living room, the game room was next on the list to have a TV in it. The only difficult problem here was in order to install a power outlet behind the tv, I had to remove some of the decking in the attic, which was a bit of a pain. After that was pulled up, the rest was easy. A shelf was added above the TV to hold the receiver and DVD player. 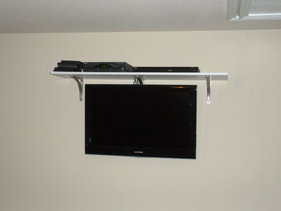 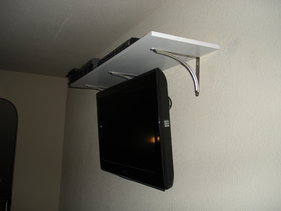 Mini Refrigerator in the art nook

What is better than enjoying a nice cold one in the game room than not having to go all the way to the kitchen to get it. A mini fridge solved this problem, however there was really no good location for it in the gameroom with its current layout. I suggested that we could place the fridge in the art nook at the top of the stairs. It was slightly bigger that the fridge, and put it at the proper height so that you wouldn't have to bend over. All that the nook needed was an electrical outlet. After running some romex over to the nook, the outlet was added, and the fridge plugged in. The stereo system also now has a place to call home. 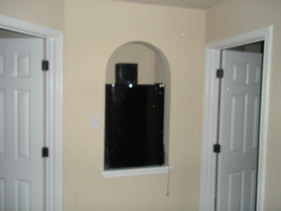 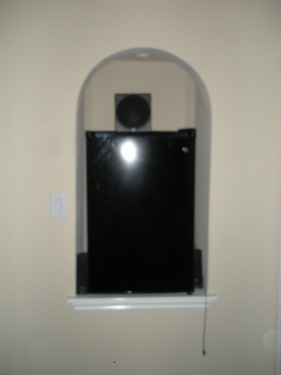